The 1993 Defender 130 generally required a complete restoration. The sort the operations; we first separated the bodywork from the chassis and took the cup to the bodywork. The engine, transmission and differentials and the entire undercarriage of the vehicle were removed while the bodywork correction operations were performed on the cup. We have revised all parts removed. During the revision, we cleaned the remaining chassis and painted it with a special chassis paint. Then we painted all the revised parts and reassembled them on the chassis. All the levers required for raising operations in the undercarriage are swiveled and turned into angled type. All bushings in the lower set were fitted with a britpart polyritan set and raised by 8 cm. HD tie rods were fitted, then 50 offset 8 inch 15 Goliad iron wheels and 35 / 12.50 – 15 size BF Goodrich Mud Terrain T / A tires were installed. Flame pattern beadlock was applied on the rim. Then we mounted the cup from the bodywork section to the paint section on the chassis. After assembling the case, we closed it with our own production aluminum cabinet. In order to turn the interior of the cabin into a camp type, and to lie on the necessary sliding cabinet and drawer application, we made mattress application by opening the covers upside down. We designed it so that it could be a locker cabinet when the back cover was opened.

After the end of the case hardware, we installed the extrem dods, which are our own production outside the vehicle. Hood over inflation, windshield cap, front louver, snow type heater vents, door guards, front crane bumper, bulbar on bumper, side steps, upper basket length, side ladders, rear bumper, spare wheel carrier, differential guards and drawbar electrical installations were renewed.

Safari Snorkel on the outside, 1200 lb Power crane, sand pallets on the sides of the chassis, drawbar, off-road jack and branch breakers were added to the front. 1 m in front of the upper basket, 2 12 cm behind the front bulbar in front of 68 cm LED fog lamps were installed. Rhino Over brand 2.50 cm tall canopy side canvas is attached to the basket. Finally, after the rear spare wheel cover was made, airbrush flame pattern with ABS paint and dry head application was applied to the spare wheel cover.

In the interior of the vehicle, different sponges were installed by extending the seat frames and the seats were renewed with original mobel leather nubuck mix upholstery. Again, our own production door pandisot and ceiling floor molds were replaced with new ones were coated and mounted. New floor covering was applied by insulating the floor. The chest is completely covered with burgundy leather and the panel required for the audio system and keys is installed. The vehicle was fitted with a multimedia audio system, speakers and a rear view camera system. All windows and all the necessary wicks, door buttons and all the plastic parts in the vehicle have been replaced with new original Land Rover parts.

This defender is in stock and if you are interested, you can call us or send a message.

Send us a message 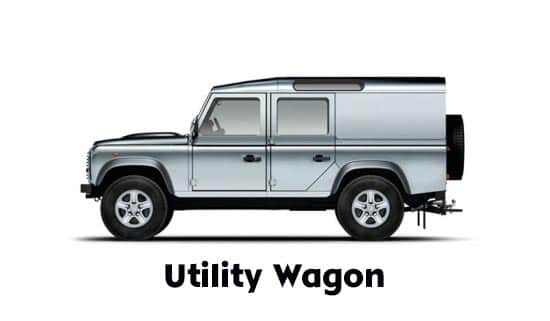